Born in 1975 (Belgium), Jan Depreter is considered as one of the most remarkable guitar players of our time. Discovering music at the age of 5, he had to wait 3 more years for Santa Claus to introduce him to his first guitar; an encounter which would result in a lifelong passion for the instrument..

Jan Depreter has been a featured soloist all over the world, playing and teaching in prestigious music festivals in China, Japan, Mexico, USA, Australia, Germany, France, Italy, Holland, Ukraine, Egypt and Belgium. 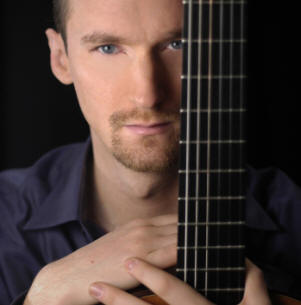